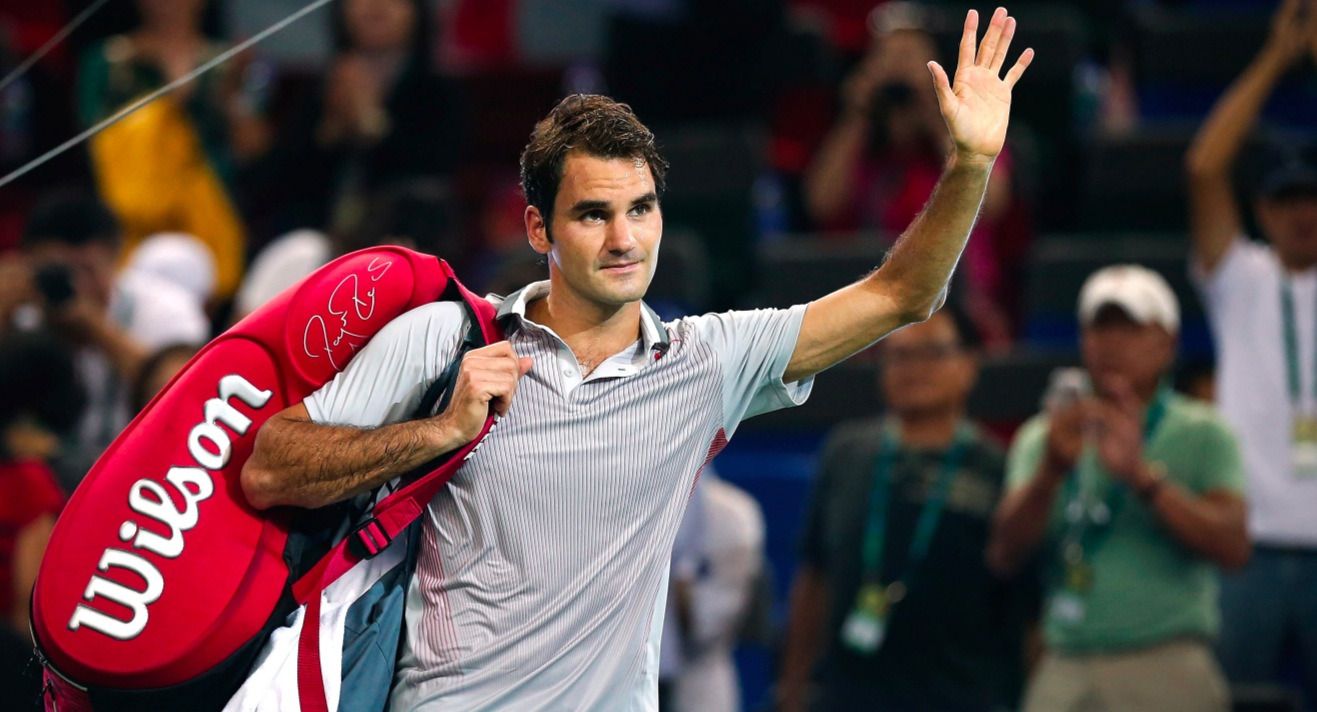 Tennis fans from around the world are shocked and upset by the news of Roger Federer’s retirement. The 41-year-old athlete revealed he made the decision in light of health concerns. In recent years, Federer has been vocal about his struggles with knee injuries, saying next week’s Laver Cup would be his last game.

“I’m 41 years old. I’ve played more than 1500 games in 24 years. Tennis has treated me more generously than I ever dreamed and now I have to realize when it’s time to end my competitive career.

“First and foremost, I have to say a special thank you to my incredible fans. You will never know how much strength and faith you gave me. The inspiring feeling of walking into packed stadiums and arenas has been one of the greatest thrills of my life. Without you, these achievements would have felt lonely rather than full of joy and energy,” Federer said in his resignation statement.

To my tennis family and beyond,

This news made many people show their affection for the tennis genius and congratulate him on his brilliant career. One of them was Serena Williams, who also decided to retire in early August, saying on Instagram: “I wanted to find the perfect way to say this as you have so eloquently put this game to rest – perfectly done, just like your career. I have always looked up to you and admired you. Our paths were always so similar, so similar. You have inspired untold millions and millions of people – including me – and we will never forget it. I salute you and look forward to all you will do in the future. Welcome to the pensioners club. And thank you for being you @rogerfederer.”

But as with all fandom, be it sport or film, some fans have wanted to see him play indefinitely because he embodied the sport. The man is a genius because he understood the science of sport very well. He is a living legend because “he perfected the complex geometry of the rectangular box. He never took an extra step to reach the ball and that made him look leisurely and effortless.”

“We will see him again”

In 1998, a 16-year-old was named @Roger Federer won our boys’ singles title. The rest is history…

But what fans need to understand is that this ending could be another beginning for him. While we might not see him on the pitch, there are other avenues where his talents can come in handy! For example, as one of the greatest athletes, he can mentor youth or even start his PR agency to recruit talented athletes. It’s just one of the many things to recommend to a man of his stature. But the whole point is to let athletes and stars develop. Change might not be so bad after all.

However, due to the anxious relationship between fan and player, the former feels belonging towards the latter. This happens when you put yourself and your cultural identity first. One researcher wrote in 2004 how fans “tend to seek intimacy with the object of their attention—a personality, a program, a genre, a team.” This closeness builds on factors like the screen, social media, and in-person interactions that become aspirations for fans. In theory, this understanding is why we keep hoping that Federer, Serena Williams or Rafael Nadal should win. Such equations are evident in esports, where fan engagement is both a personal motivator and how their viewership generates revenue. Because people feel they are investing in an individual, they think it’s okay to make a decision or say whether an athlete should stay, quit, or take a break.

But in Federer’s case, he’s done his best over the years and yet he felt the need to express why he decided to quit. Given how athletes pay despite injuries, personal suffering, and emotional and mental stress, we need to look closely at how we measure an athlete’s career. Sure, Federer has been entertaining us for a number of years, but does that mean he should continue to do so even though his body can’t take the pressure?

A friendly reminder that over the past decade Roger Federer along with his partners has spent $13.5 million to build more than 80 preschools in Malawi.

We will have many more moments together in the future, there is still a lot to do together, we know that.
For now, from the bottom of my heart, I wish you the best of luck with your wife Mirka, your children, your family and enjoy what lies ahead. See you in London @LaverCup

But fans have a different understanding of retirement. In our culture it means the setback after success, where we associate it with the capitalist idea that you did your best, but now it’s time to retire. After a win and career success, other things must follow. However, this transition to the next phase can only occur if the athletes have “deserved” it. This gets pretty grim for athletes because “all too often retirement is forced — by injury or non-selection — and the athlete is left with a nagging feeling that he has unfinished business behind him,” wrote Megan Maurice.

It was an honor and a privilege to play in the same era as you 🐐❤️ @Roger Federer pic.twitter.com/6dKm3f8pfq

This is precisely why we need to rethink our attitude towards retirement and recalibrate our approach. While a legacy marks the end of what a person has achieved, a career has far too many ever-evolving layers. An ending for the fan doesn’t have to be the same for the athlete. We have to allow them to imagine their lives beyond their accomplishments, and that’s one of the best ways to wish them everything they’ve done for us.