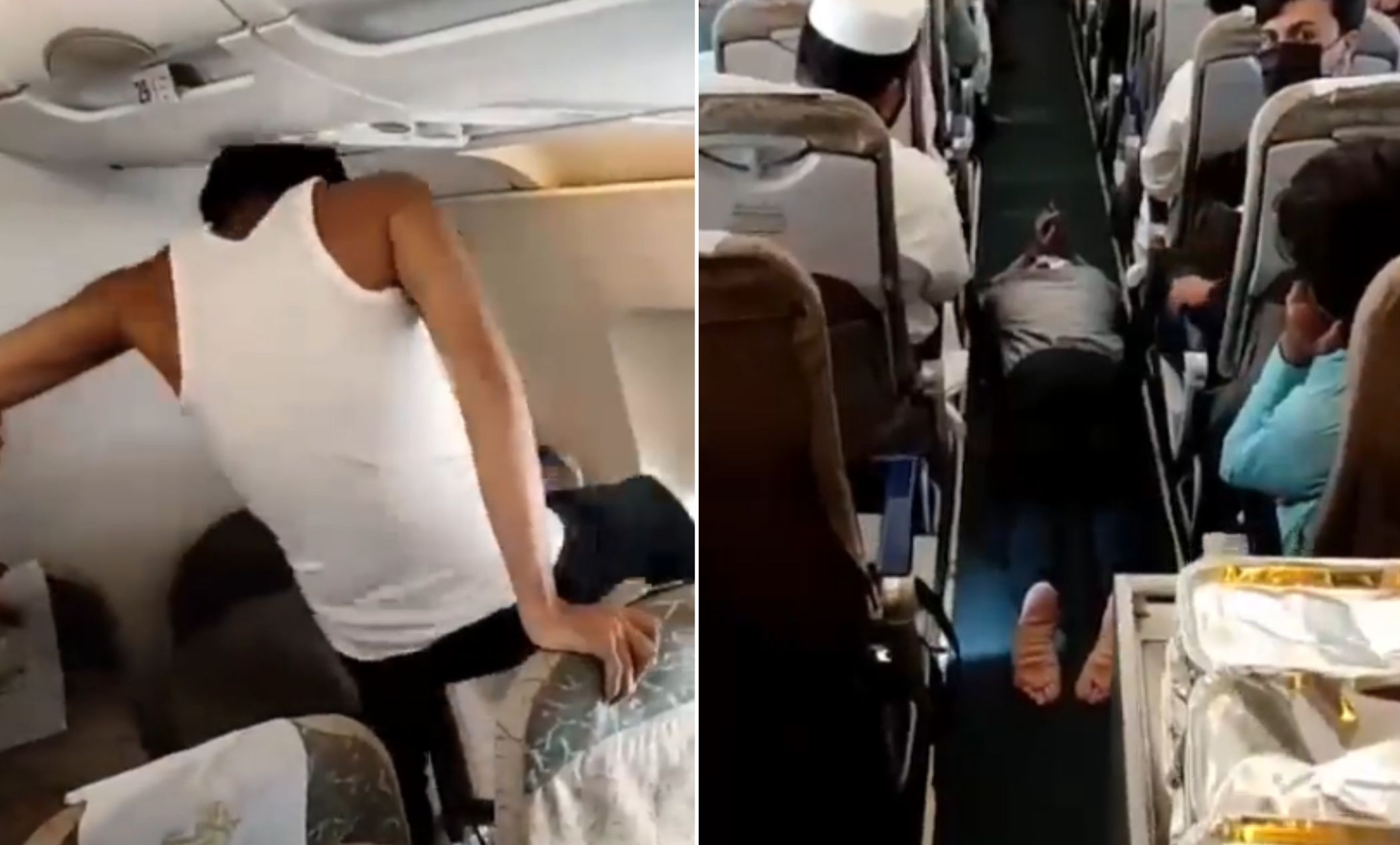 A passenger on a Pakistan International Airlines (PIA) flight from Peshawar to Dubai has been blacklisted after he caused a riot by suddenly beginning to bang seats, kick the window and grapple with the flight crew inside to engage in a fight.

The entire incident reportedly began when the passenger on PIA’s PK-283 flight began asking cabin crew to get him off the plane. He then engaged in a fight with the flight crew and began doing strange things, such as kicking the plane’s window as if trying to break it.

He frequently displayed violent behavior during the flight and later, when the flight attendants attempted to intervene to control the situation, attacked her as well.

The passenger was then tied to his seat to prevent the situation from escalating under aviation law.

Video of the man acting in a strange way went viral on social media.

A passenger on a PIA flight from Peshawar to Dubai was deported back to Pakistan after smashing plane windows while annoying other passengers during the flight!! pic.twitter.com/x7L4S7j5i3

In the videos, the man can be seen banging on the seats and kicking the window of the plane while wearing only a vest. In another video, he is seen lying face down on the floor of the plane.

The passenger was detained by security personnel as soon as he landed at Dubai Airport. According to PIA officials, the passenger was placed on the airline’s “black list” after the Sept. 14 incident.